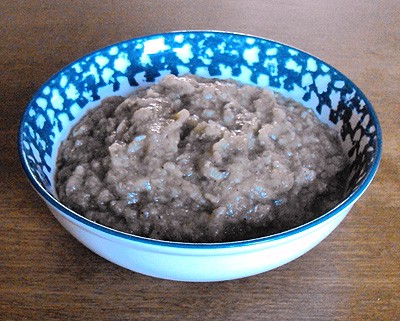 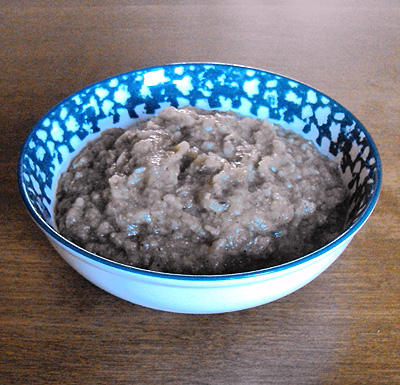 This is a very easy authentic Russian eggplant recipe that can be served as either appetizer or a side dish.  It originated in Odessa, Ukraine (when Ukraine was part of the Soviet Union), and that’s why it’s known as “Odessa salad”.  This salad is often served in Russian restaurants in the US, and also sold in Russian delis and supermarkets.  Another name that’s commonly used for this salad is “Eggplant Caviar”.

Preheat oven to 375F. Put the eggplant in an oven-safe dish and bake for 40 minutes, or until tender.  Remove from the oven and let the eggplant cool.  Note: this step of baking the eggplant can be done in advance.

Cut the baked eggplant in half.  Scoop out the eggplant flesh with a spoon and discard the skin.

Peel the onion and cut into quarters.  Put the eggplant and the onion in a food processor, and pulse until just a few eggplant chunks remain.  Stir in the oil, and add salt and pepper to taste. 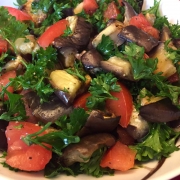 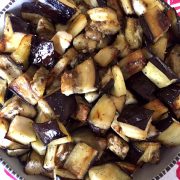 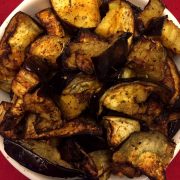 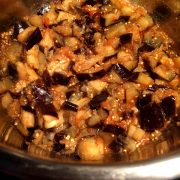 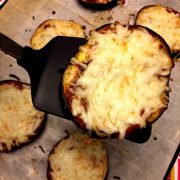 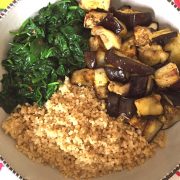 Dinner made easy! Get new recipes delivered FREE in your Inbox:
How To Eat A Cactus Pear Fruit 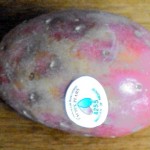 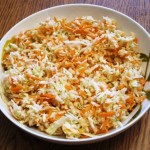