These Instant Pot shrimp fajitas are ready in 5 minutes – faster than it would take to get a Mexican takeout! 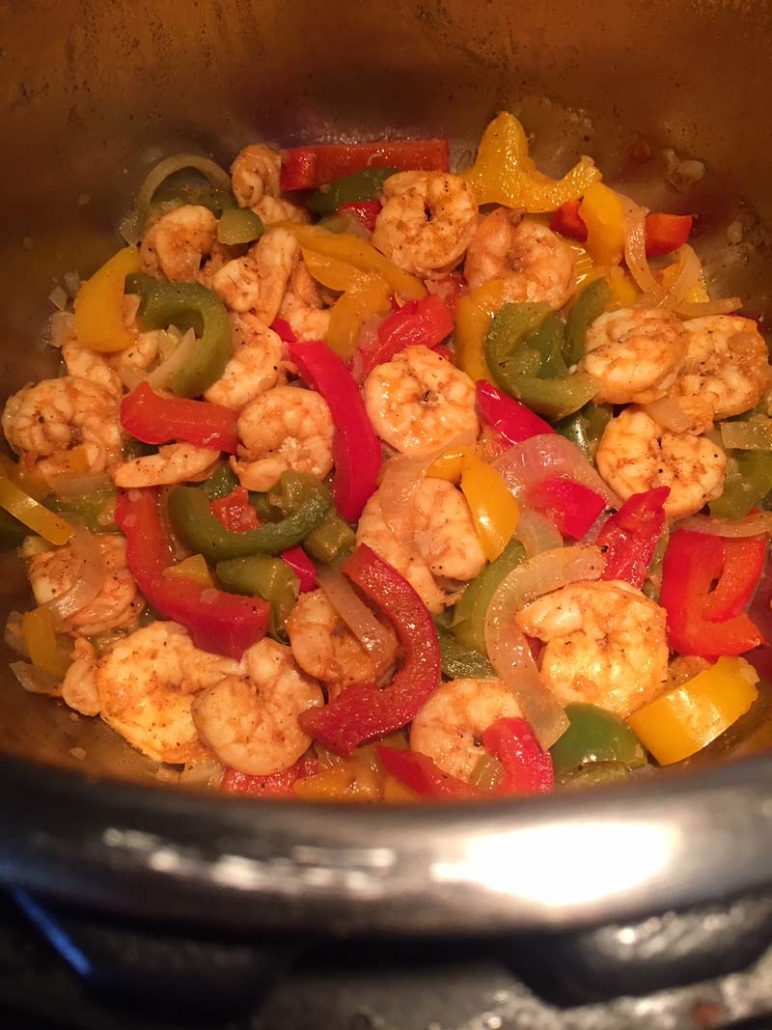 Instant Pot shrimp fajitas are one of the quickest dinners you’ll ever make! It’s also one of the healthiest too and fits perfectly into low-carb or keto diet! 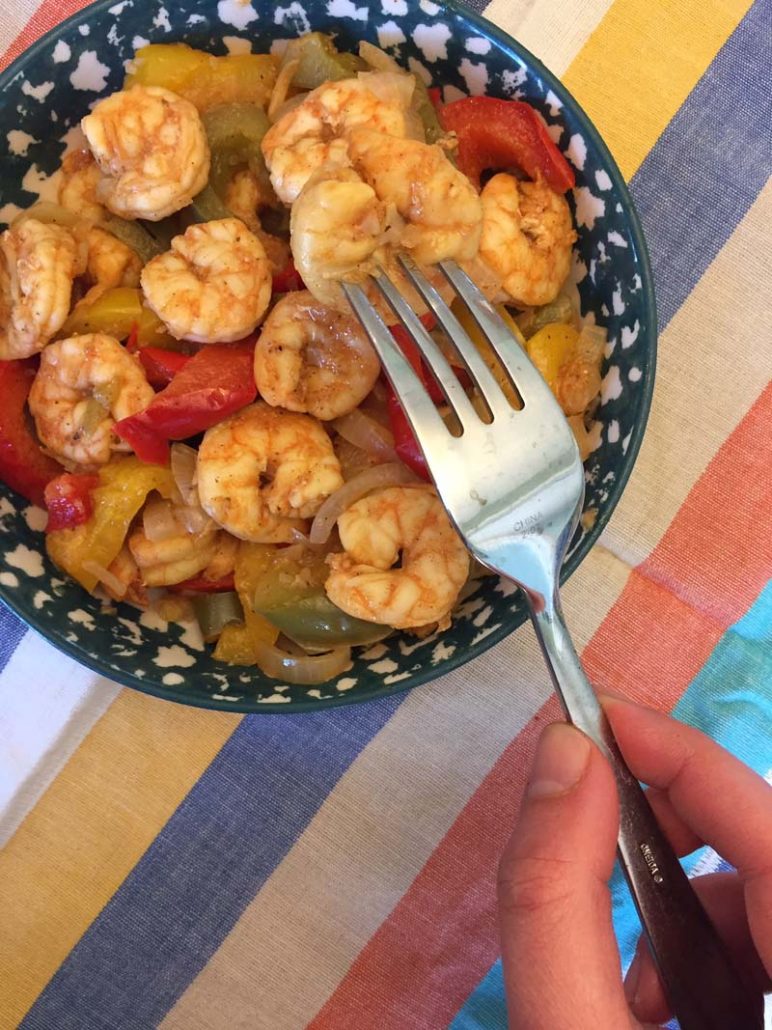 Mexican shrimp fajitas make a perfect Instant Pot recipe – you just dump the ingredients in the pot, press the button and dinner is ready in 5 minutes!

For this recipe you need 4 simple ingredients: a bag of frozen shrimp, 2 sliced bell peppers, 1 sliced onion and 2 tbsp Taco seasoning (if you want to make Taco seasoning yourself, see my epic homemade Taco seasoning recipe). For shrimp fajitas, I like to use peeled tail-off shrimp – after all, who wants to deal with the shrimp tails while you are eating the fajitas :)

Put all ingredients in the Instant Pot and add 1 cup water. Close the lid and turn the valve to a Sealing position. Press the “Pressure Cook” or “Manual” button and set the time to 1 minute on High pressure. When it’s done cooking, quick release (QR) the steam. Drain excess water and the shrimp fajitas are ready to be served! 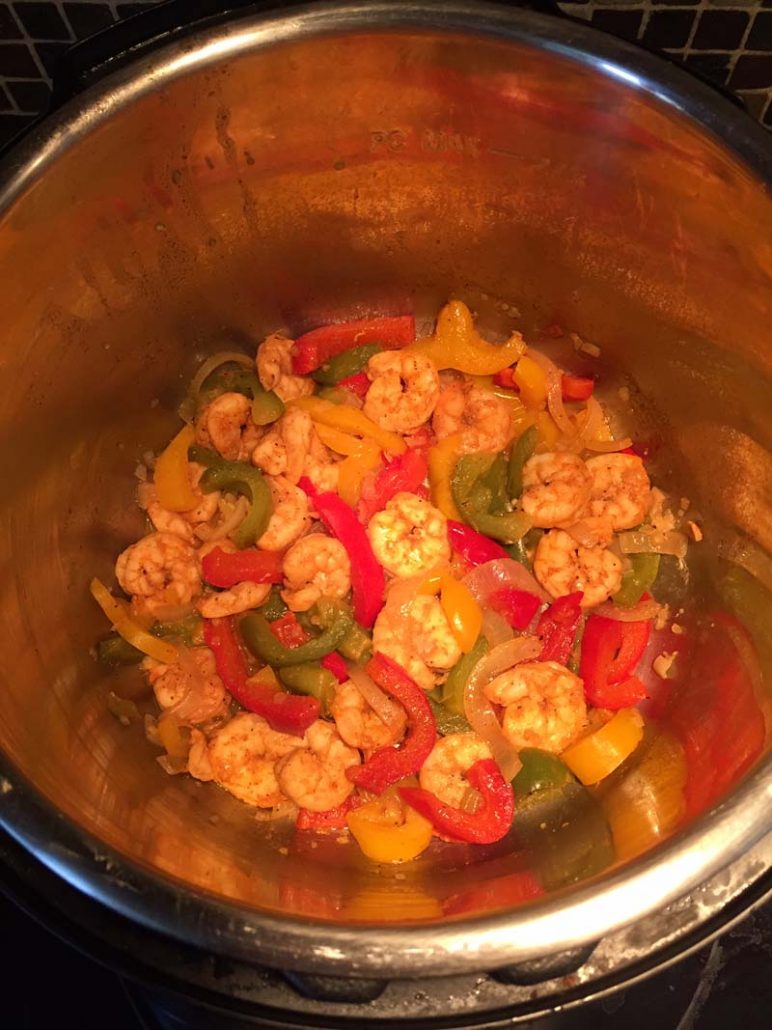 What To Serve With Instant Pot Shrimp Fajitas 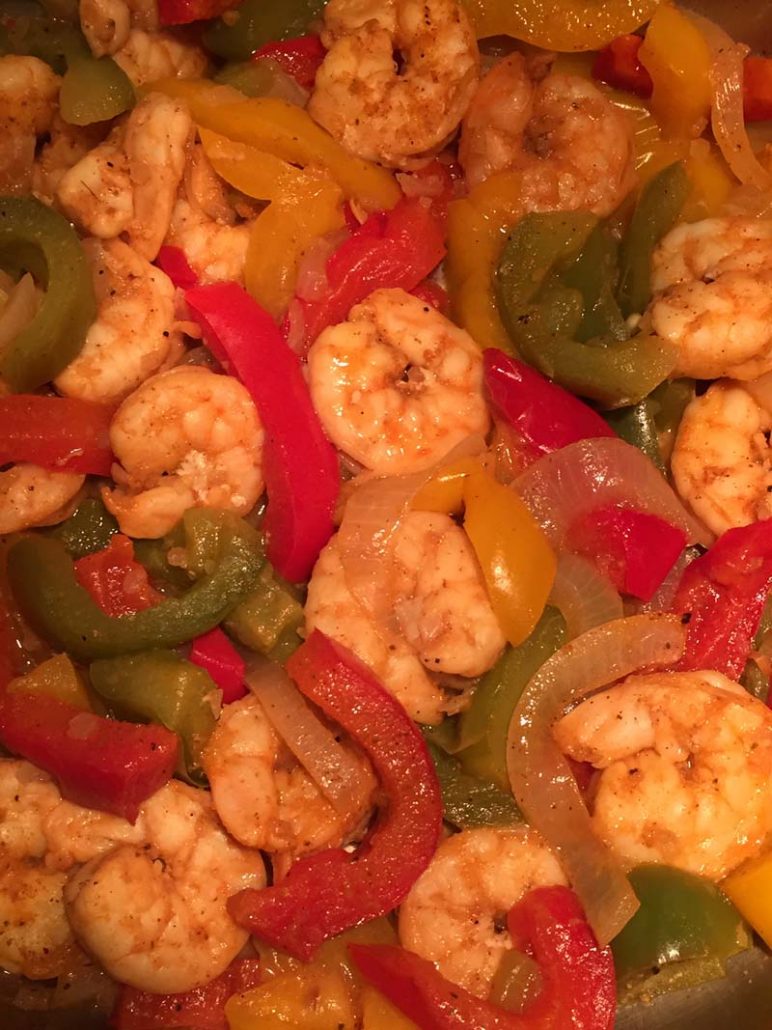 How To Freeze Shrimp Fajitas

You can make a homemade Instant Pot shrimp fajitas frozen dinner! Simply put sliced bell peppers, sliced onion and Taco seasoning in a ziploc bag and clip it to the bag of frozen shrimp. When it’s time to make fajitas, just dump the frozen peppers and onion mixture and frozen shrimp into Instant Pot and cook exactly the same for 1 minute on High pressure. Enjoy!

Shrimp fajitas leftovers can be stored in a fridge for up to 5 days and reheated in a microwave as needed, so this recipe is great for meal prep! 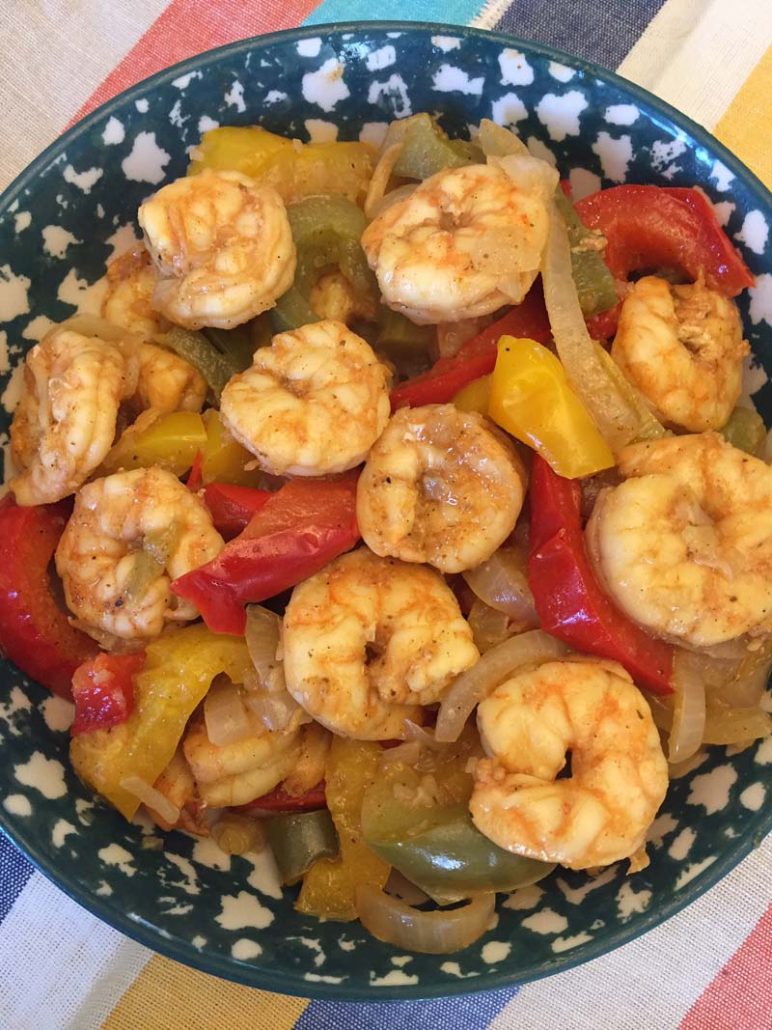 If you like these Instant Pot shrimp fajitas, you will also love these easy recipes:

Click here to browse all my Instant Pot recipes or low-carb recipes or Mexican recipes. Enjoy the deliciousness! 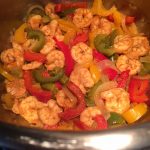 Browse all my Instant Pot recipes and low-carb recipes for more inspo! 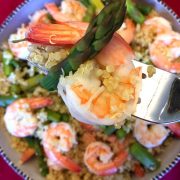 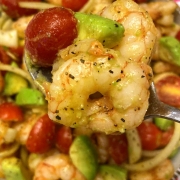 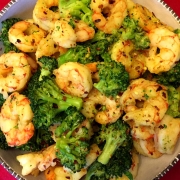 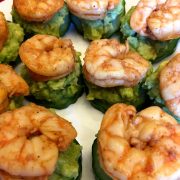 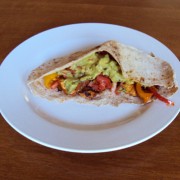 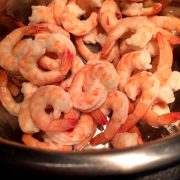 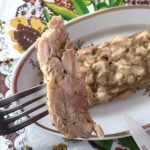 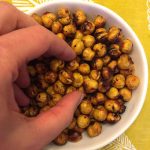