These homemade hashbrowns are so crispy and delicious! Once you learn how to make hashbrowns from scratch, you’ll never want to eat the frozen ones ever again! 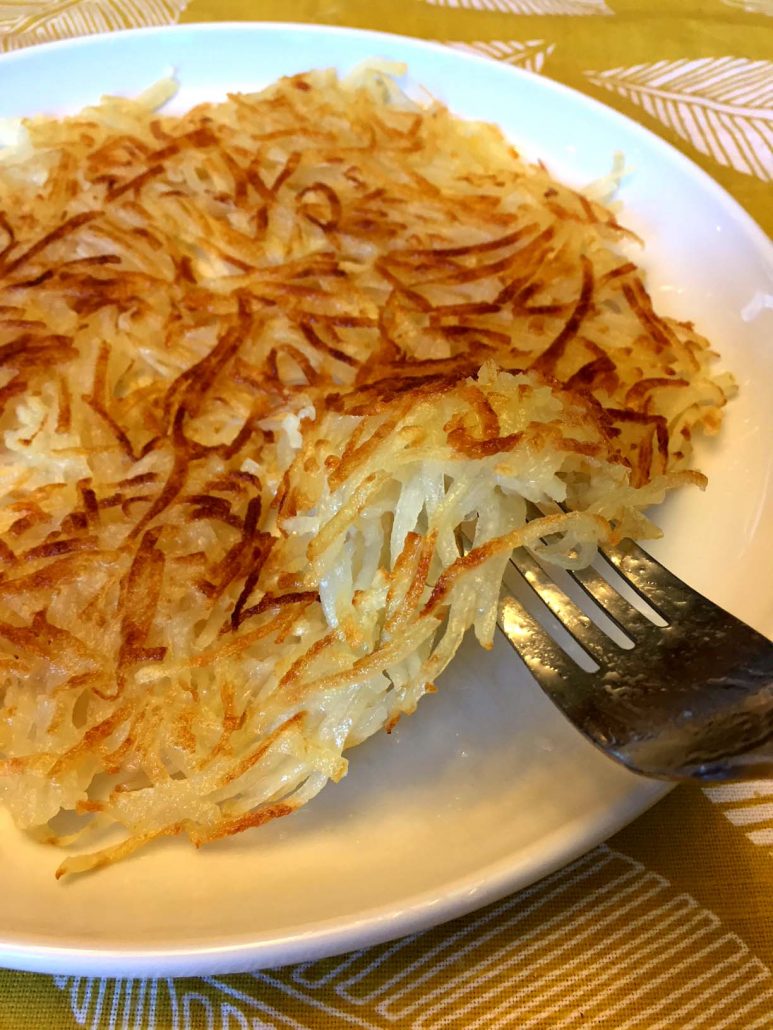 Hashbrowns are simply shredded potatoes that are pan-fried in oil in a thin layer until golden brown on both sides.  Making your own hashbrowns from scratch is very easy, and homemade hashbrowns are so delicious! 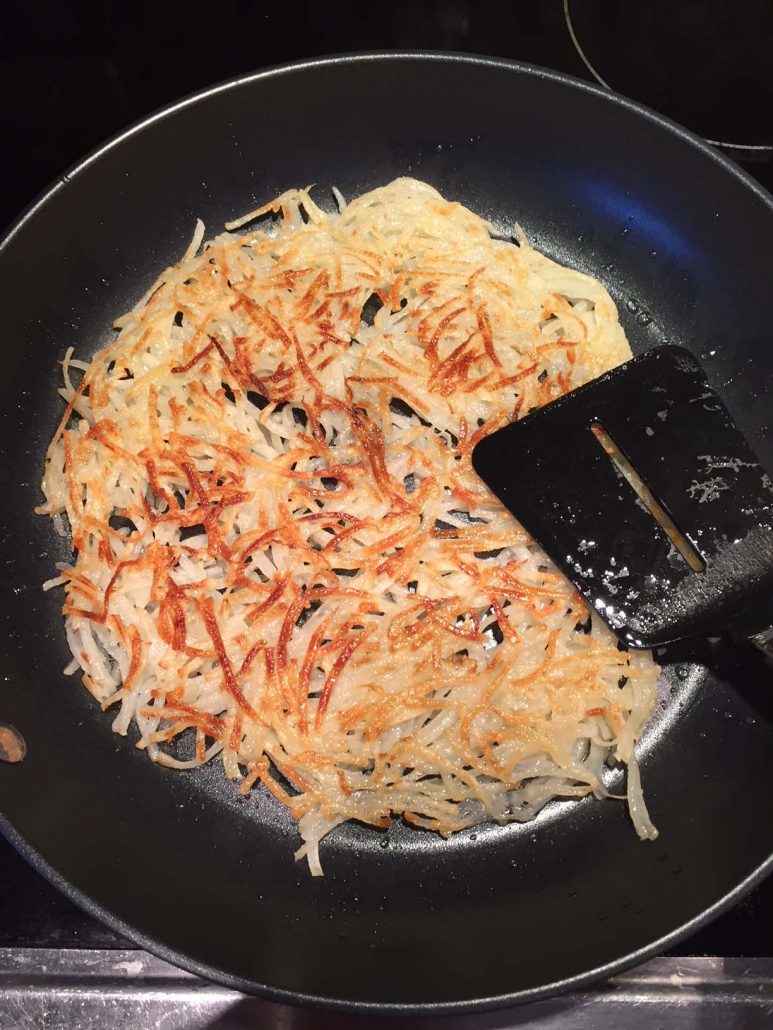 All you need to make hashbrowns is potatoes and oil, plus salt and pepper for seasoning them!  The simplest ingredients make the tastiest food! 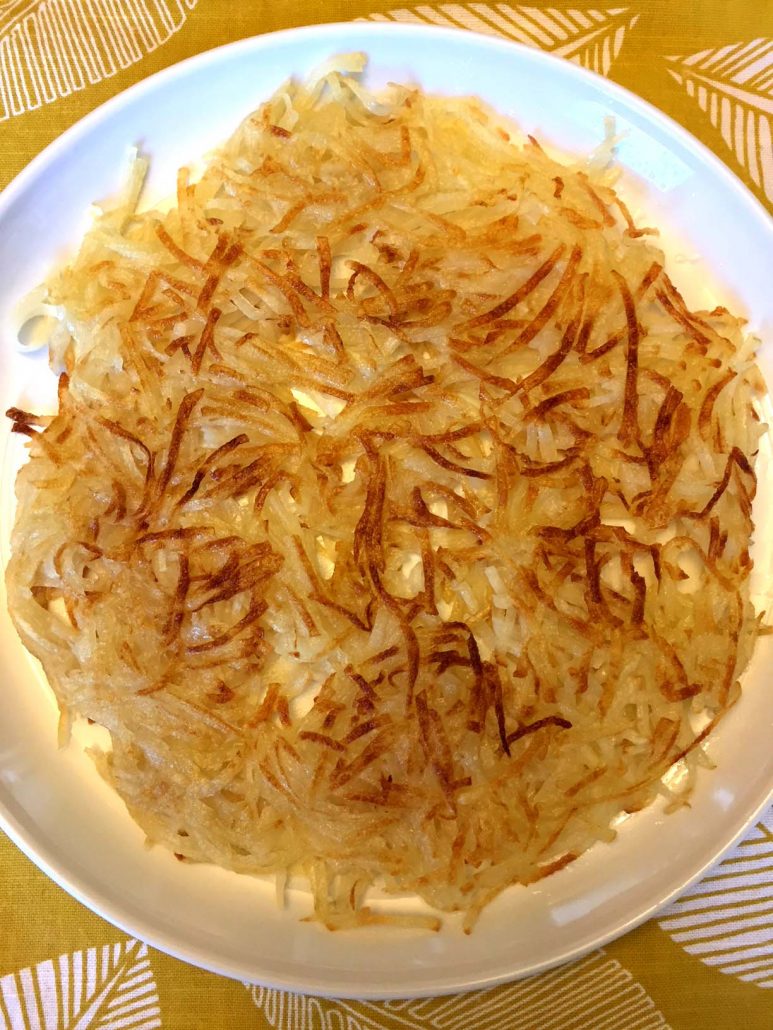 If you have a potato or two in your pantry, you can be eating hot crispy hashbrowns in less than 30 minutes from now! 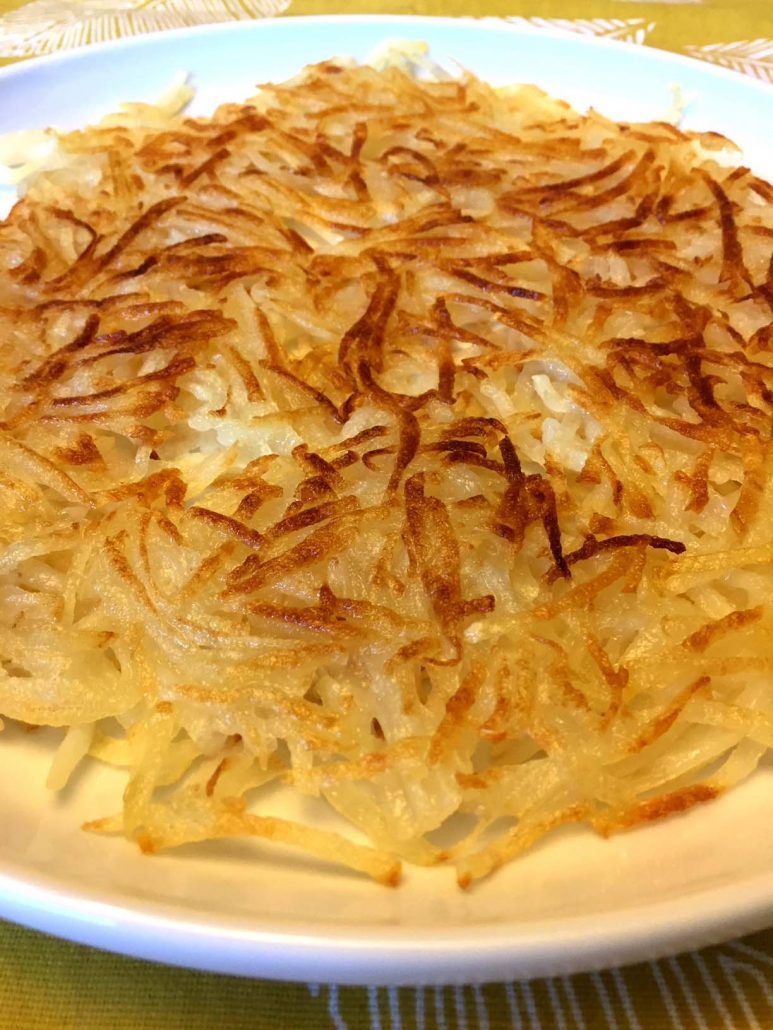 Homemade hashbrowns are so crunchy and tasty, they are 100 times better than frozen ones from the bag! 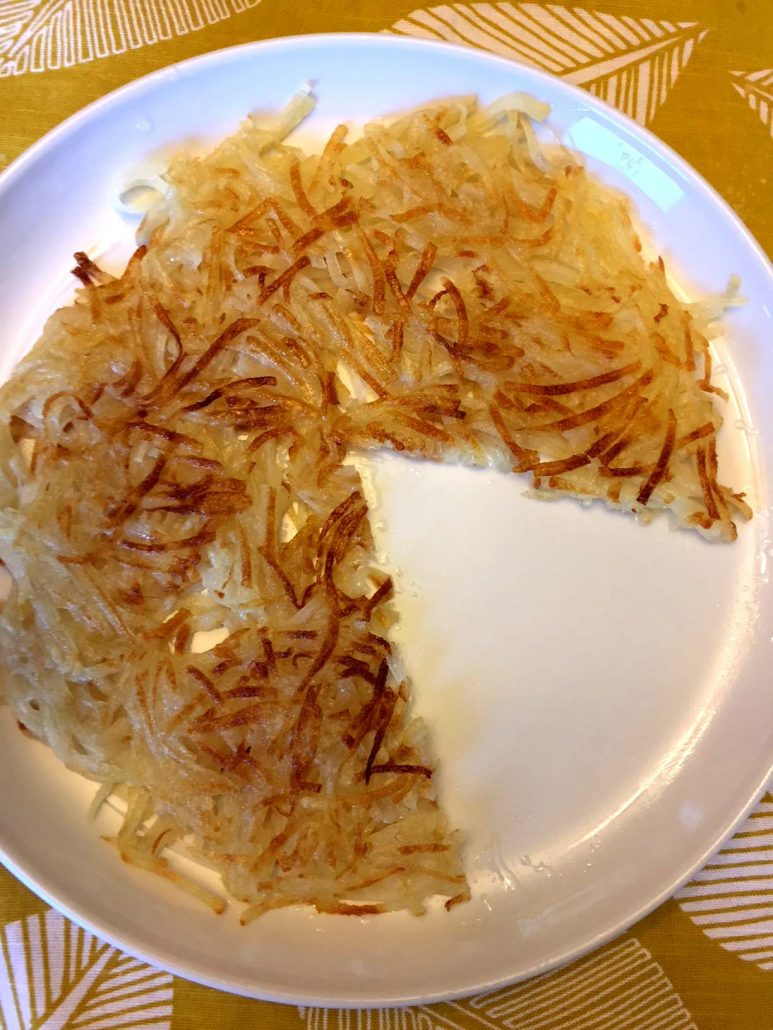 Once you try making these easy homemade hashbrowns, you’ll never want to eat the packaged ones ever again!  My method of making hashbrowns is really easy and truly foolproof! 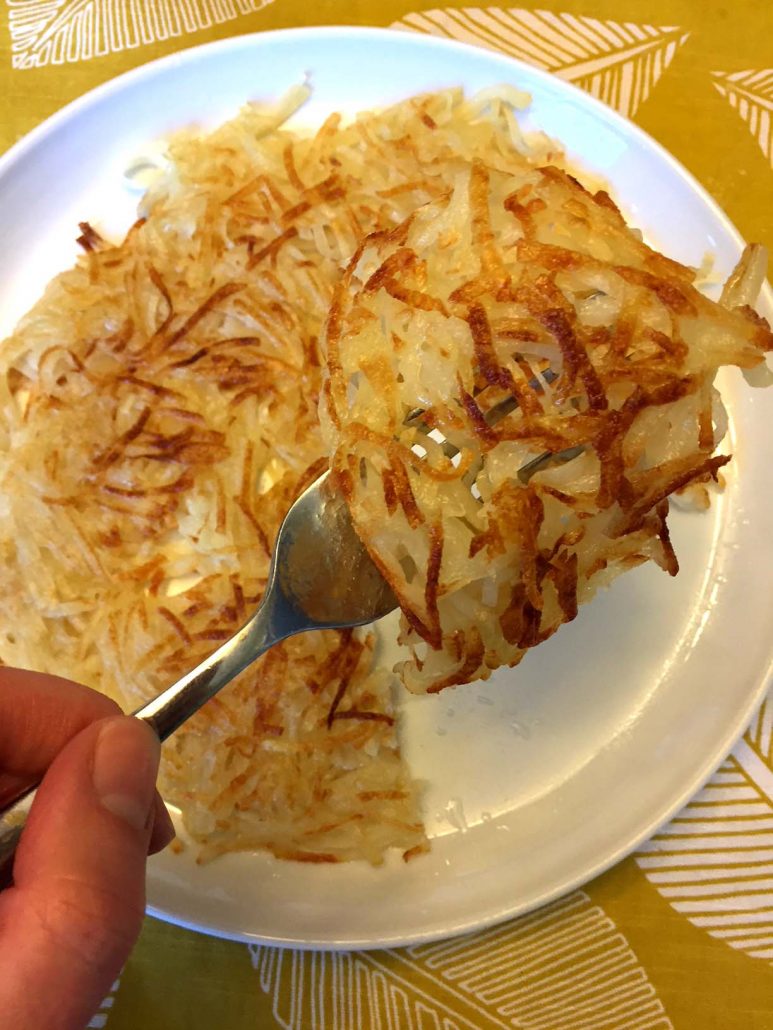 How To Make Hashbrowns

The first step of making hashbrowns is peeling the potatoes and shredding them.  The easiest way to shred potatoes is to use the food processor fitted with a shredder disk as shown below.  If you don’t have a food processor, you can shred the potatoes using the box grater. 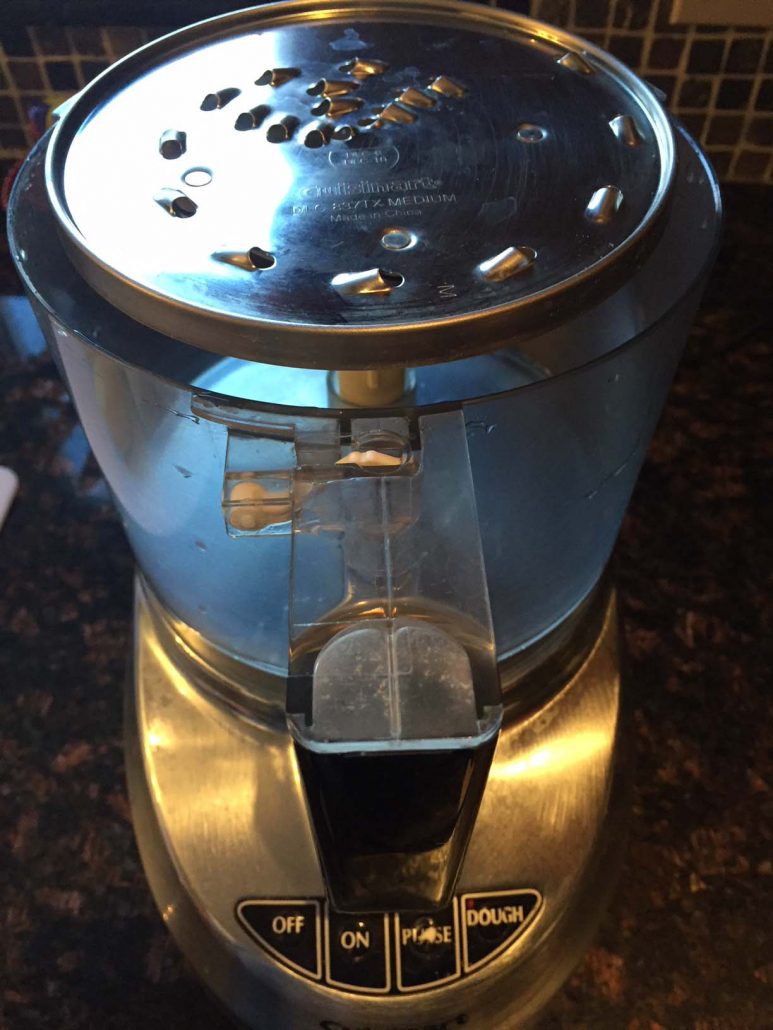 Put peeled potatoes in a food processor and they will be perfectly shredded in seconds! 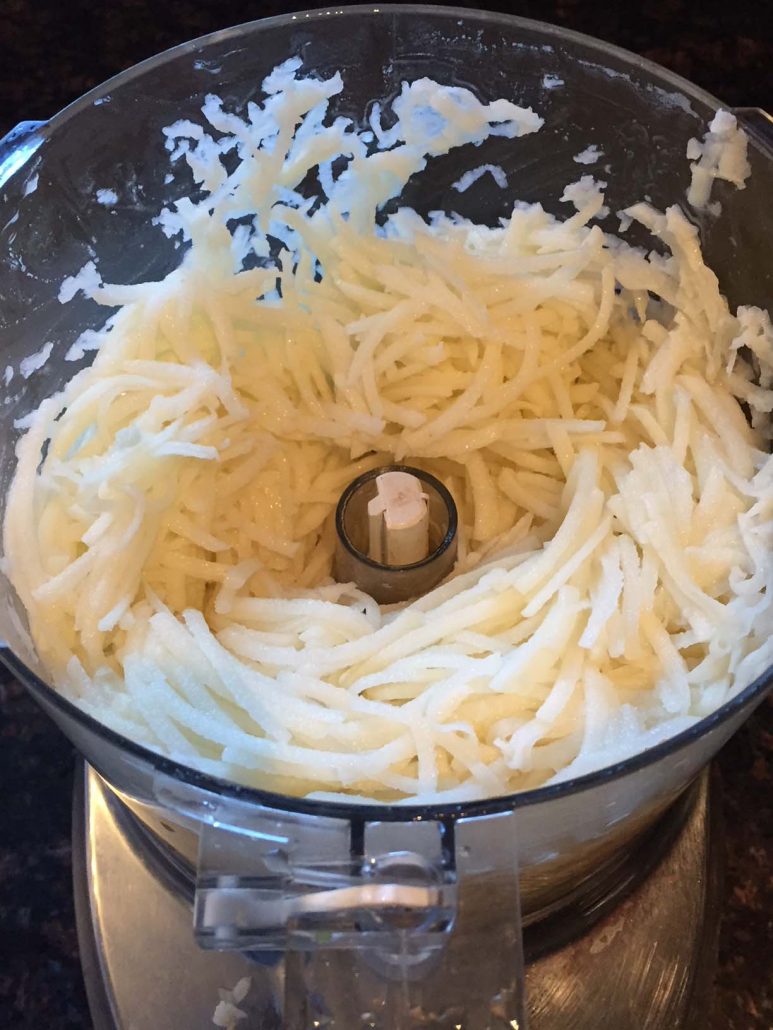 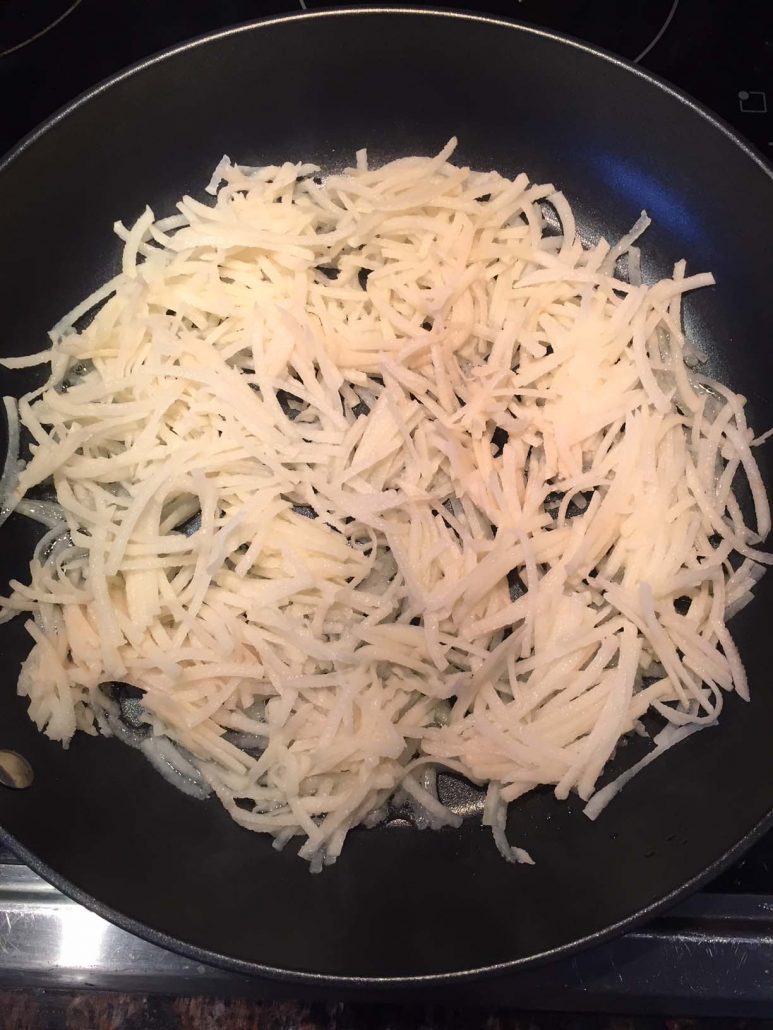 Shredded potatoes should form a thin layer on a frying pan, so hashbrowns cook through.  Use 2 medium shredded potatoes and 2 tablespoons of oil per large 12-inch non-stick skillet.  If you want to make more hashbrowns at once, just use 2 frying pans at the same time over 2 burners, or a large electric griddle.

Do not stir the hashbrowns, let them cook undisturbed until they are browned on the bottom.  The picture below illustrates the browned potatoes on the bottom showing through.  When your hashbrowns look like this, they are ready to be flipped. 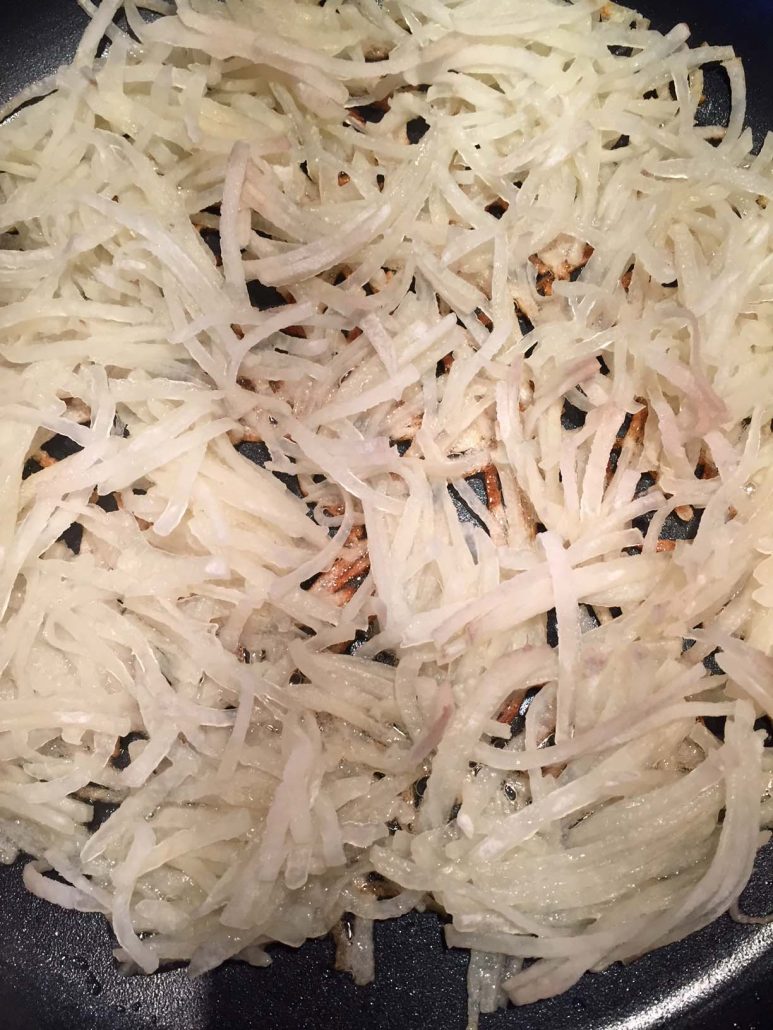 Take a spatula and flip the hashbrowns over.  I got lucky and was able to flip them all in one piece this time, but sometimes they tear and that’s perfectly OK :)  They’ll taste the same regardless of whether they are in a one giant hashbrown pancake form or in many pieces! 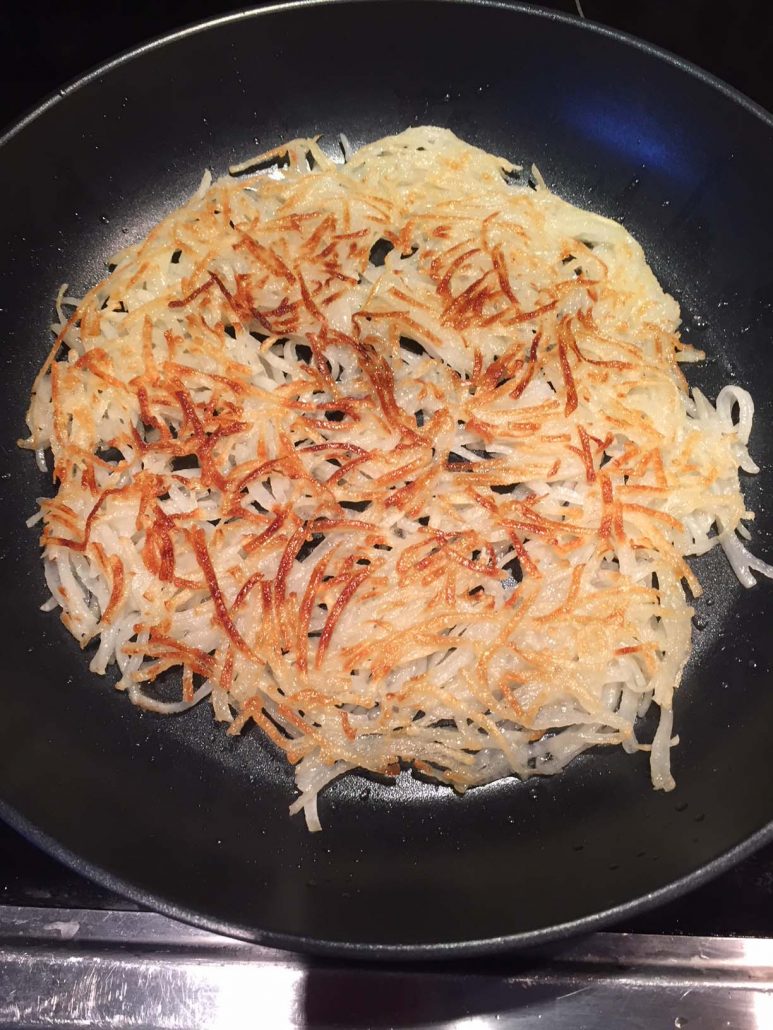 Cook the hashbrowns on another side until they are brown and crispy on both sides, then remove from the frying pan, sprinkle with salt and pepper and serve immediately.  Yummy yummy in my tummy! 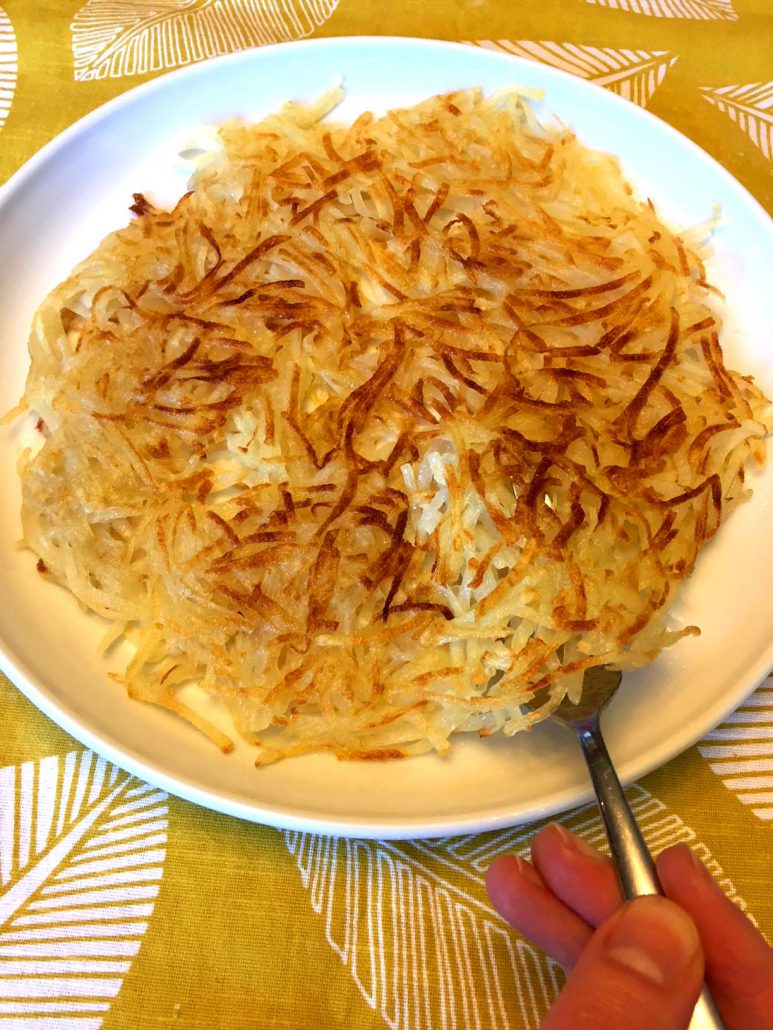 Easy Potato Pancakes – it’s like hashbrowns on steroids! Potatoes are shredded, mixed with grated onion, flour and egg, shaped into pancakes and pan-fried to perfection!  If you like hashbrowns, you must try these amazing homemade potato pancakes! 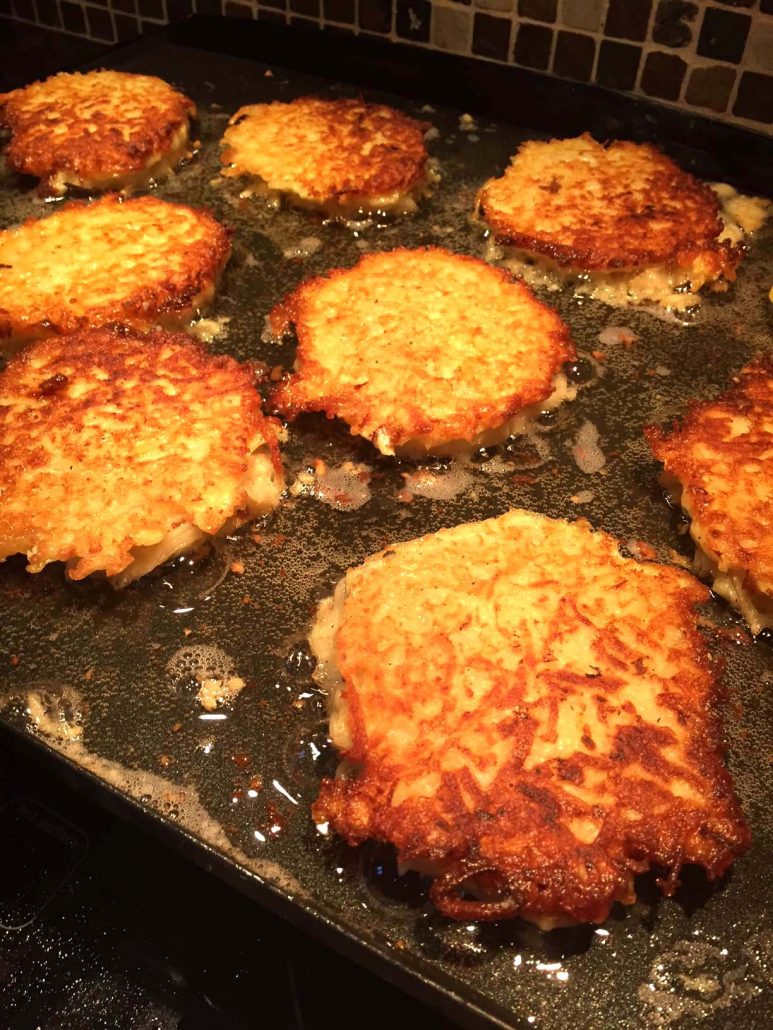 Crispy Oven Baked Bacon – once you’ll try baking bacon in the oven, you’ll never make it any other way! It’s super crispy and there is no mess!

Easy Roasted Potatoes – these are the best oven roasted potatoes ever! So golden brown, crunchy and delicious!

Pan-Fried Breaded Chicken – super easy dinner that everyone loves!  So tender and juicy, and the breaded coating is delicious!

Baked French Toast – puffy cinnamon french toast in a casserole form! Stick it in the oven and feed the crowd! 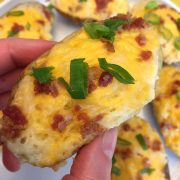 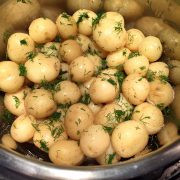 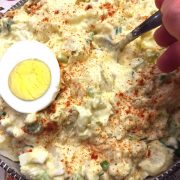 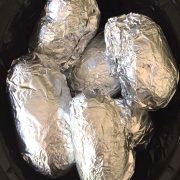 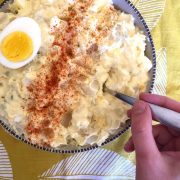 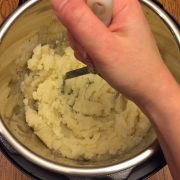 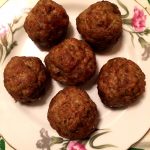 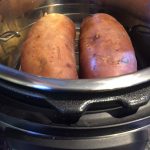