These baked barbecue sausages are always a hit!  Everyone loves the sticky BBQ sausages with some extra barbecue sauce for dipping!  You won’t believe how easy they are to make!  This is the easiest dinner ever! 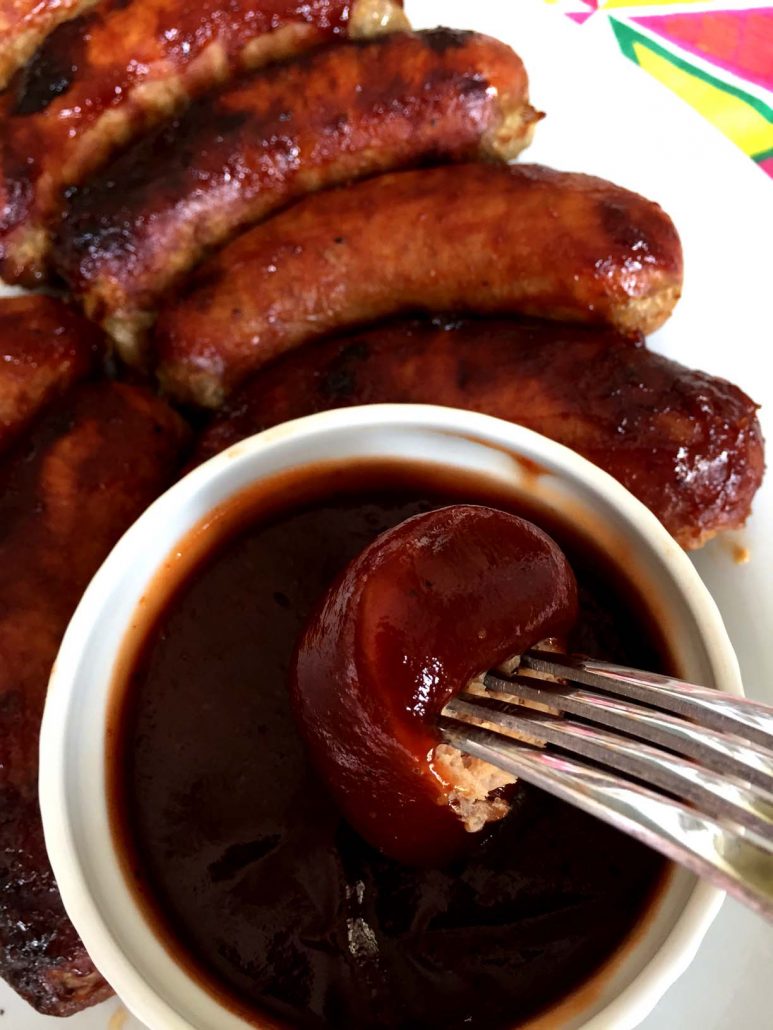 This barbecued baked sausage recipe is so easy, it will make you want to slap yourself and say “Why didn’t I think of it before?”  It only requires 2 ingredients and 2 minutes of prep – amazing!

What are the two ingredients for the BBQ baked sausage?  Yep, you guessed it right – BBQ sauce and sausage :)  You can use any type of uncooked sausage – I’ve tried it with Italian and Polish sausage and they were all so delicious!  You can use bottled BBQ sauce with great results – there is absolutely no need to be fancy!  I love Sweet Baby Rays brand of bottled BBQ sauce – YUM (and no, they are not paying me to mention it) :)  But if you want to do a homemade barbecue sauce, I have an awesome recipe for you as well – check out my easy homemade BBQ sauce recipe. 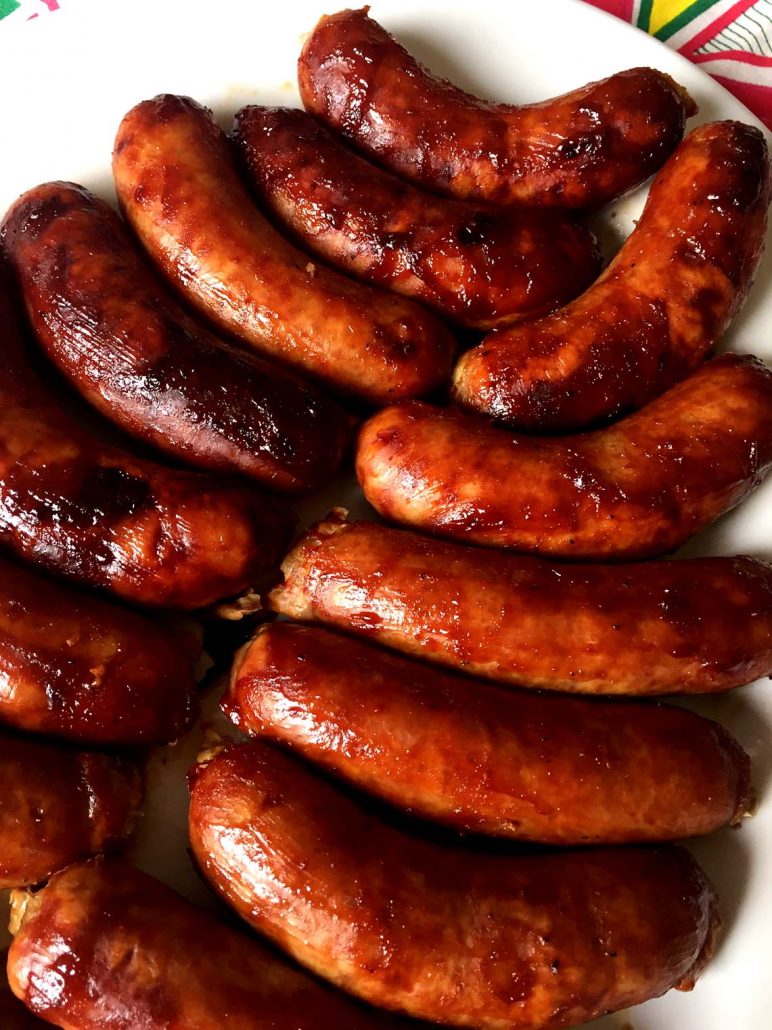 I like baking sausages in the oven because, unlike the grill, it’s so hands-off.   Just put them in the oven, set the time and go on with your life.  The less work, the better the recipe is in my book :)

These oven baked BBQ sausages make a perfect weeknight dinner, and at the same time they are awesome to serve to company!  You can easily double or triple the recipe and serve it to a crowd!  These sausages also reheat very well, so they are my standby make-ahead recipe for parties.  Sticky BBQ sausages are always a hit! 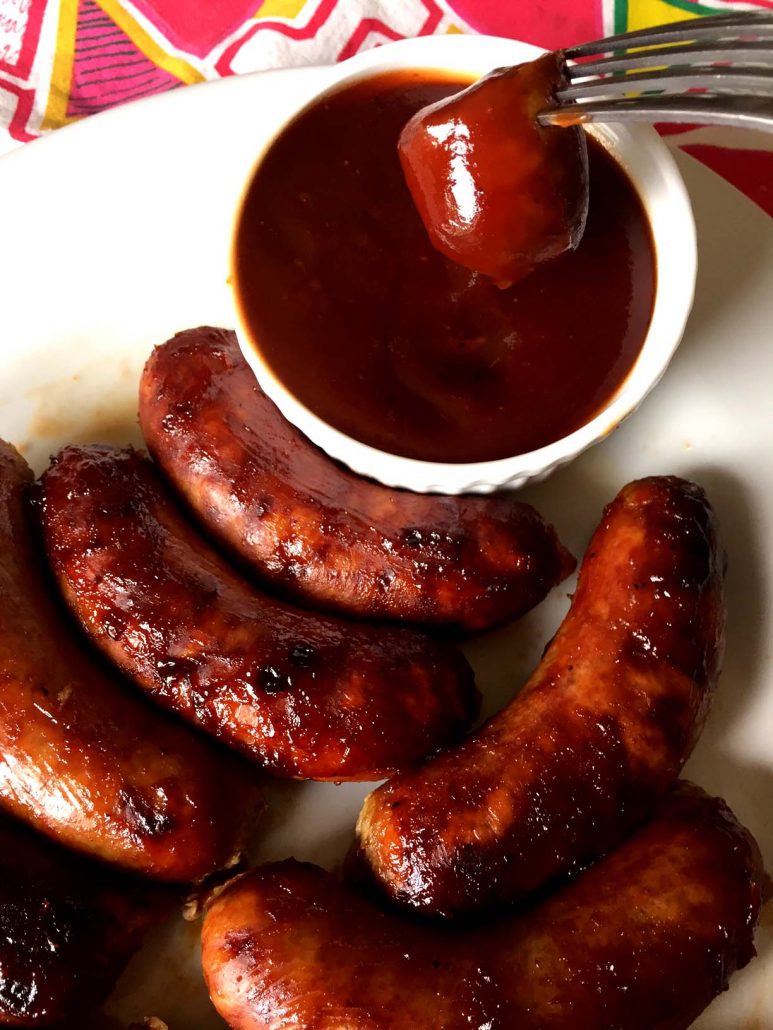 Super easy! First, slather the sausages with the BBQ sauce, then put on a baking sheet and bake for 400F for 25 minutes.  Next, take them out and brush with MORE BBQ sauce!  That second step is what sets this recipe apart.  Brushing the sausages with BBQ sauce the second time will allow the barbecue sauce to stick well to them, resulting in a sticky BBQ glaze – exactly what we want in barbecued sausages!

After brushing the sausages with the BBQ sauce the second time, return them to the oven and bake for another 10 minutes.  Or if you like the “blackened” appearance, broil them for 5 minutes on the top rack.  That’s it! 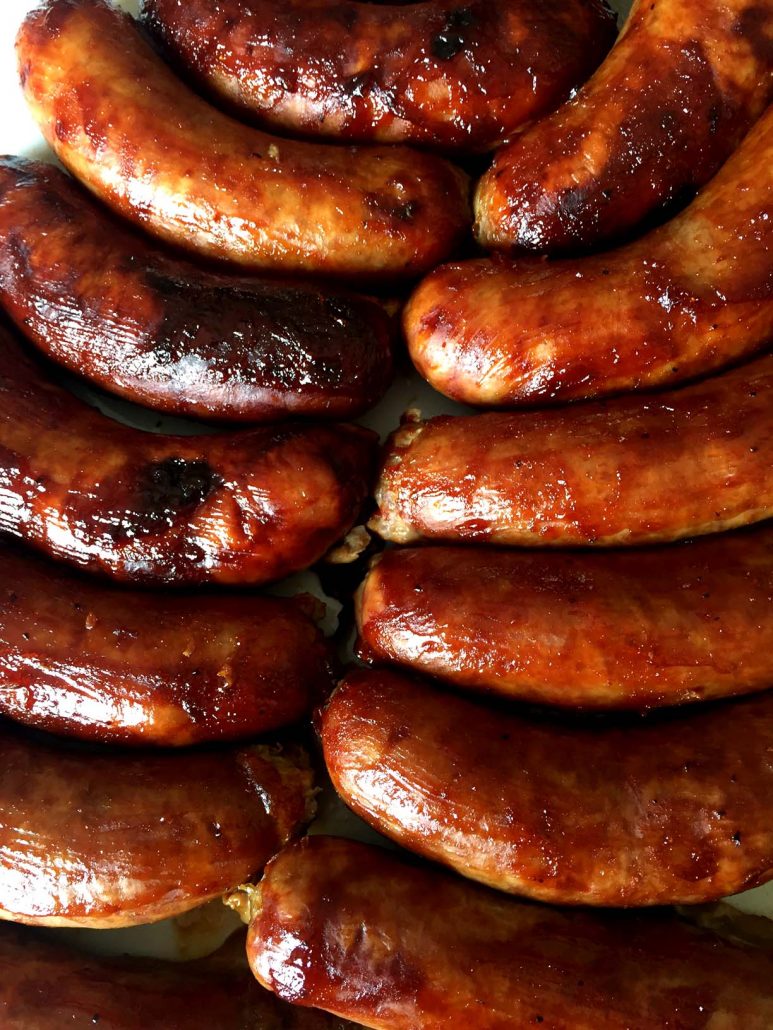 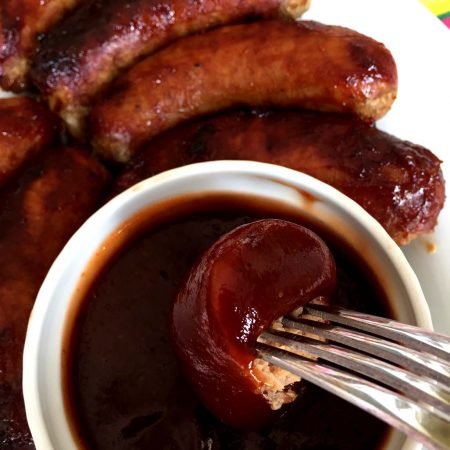 Print
Prep time
5 mins
Cook time
35 mins
Total time
40 mins
This is the easiest dinner recipe ever! Slather the sausages in barbecue sauce and bake to perfection! Everyone loves these sticky BBQ sausages!
Author: MelanieCooks.com
Recipe type: Main Dish, Sausage
Cuisine: American
Serves: 6 servings
Ingredients
Instructions
Notes
If you want the sausages to have a charred "grilled" look, turn the oven control to Broil for the last 5 minutes of cooking.
3.5.3208 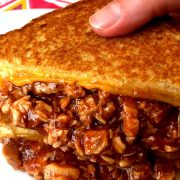 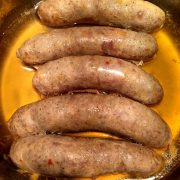 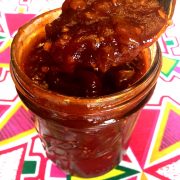 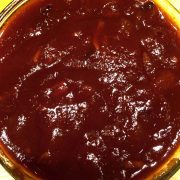 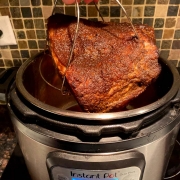 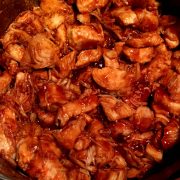 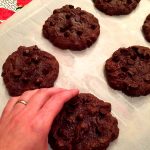 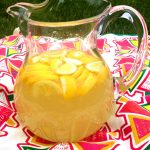