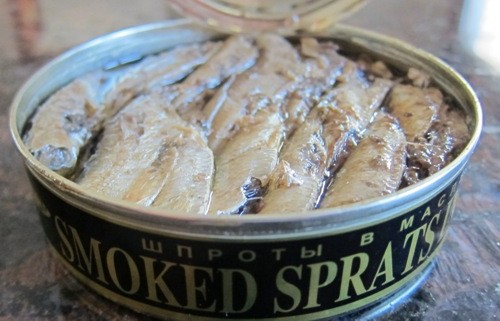 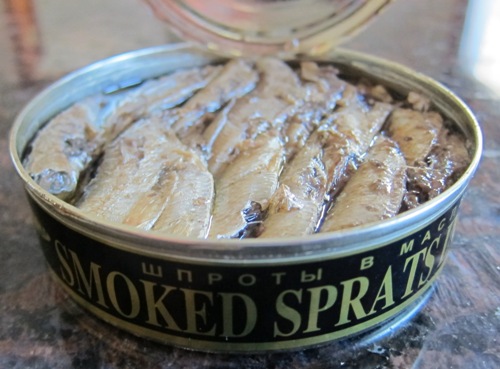 What are the sprats? Sprats are a kind of fish.  The sprats are tiny, and are normally sold canned – just like sardines.  Sprats are very popular in Russia where I’m originally from, and they are sold in European ethnic supermarkets in the US.  On this picture you can see a can of smoked sprats in oil. 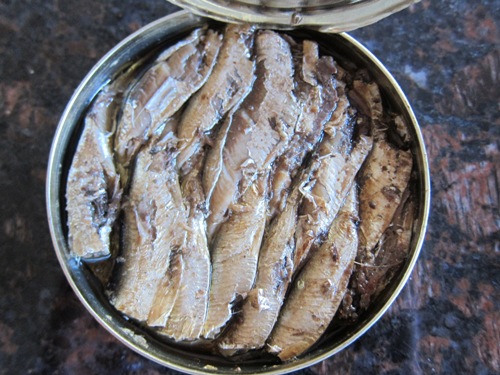 Above is the view of the contents of the can of sprats from the top.  In this particular can, the sprats’ heads are removed.  However, I have seen the sprats canned with their heads included :)

You are supposed to eat the whole sprat.  The canned sprats are very very soft, so even the heads, tails and fins taste the same as the rest of the sprat – you can’t tell what part of the sprat you are eating. 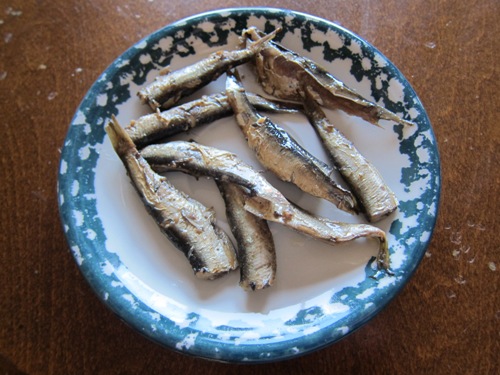 On this picture the sprats are on a tiny plate.  Now you can see that the tails are included.  But you can’t really taste the tails – the whole sprat tastes the same :)

So how do you eat sprats? Straight out of a can! :)  Here are 3 different ways to eat sprats:

1) Sprats are great on top of the black rye bread

If you are an adventurous eater, try the sprats!  They might become your new pantry staple! 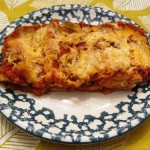 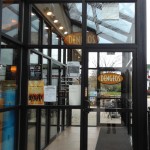