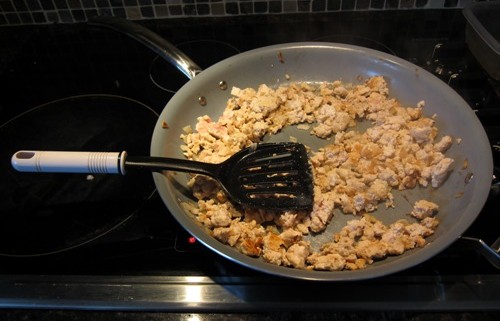 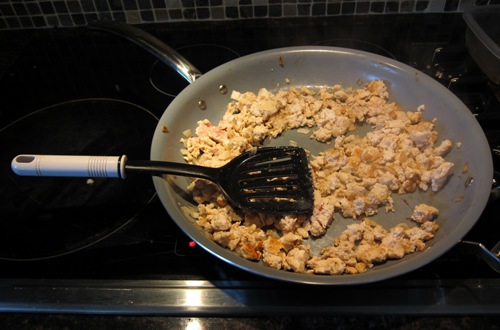 When people think of spatulas, food safety issues don’t usually come to mind.  Even those who are generally paranoid about food safety often forget the hazards of not handling the spatula properly when cooking raw meat.  The truth is that if you don’t take necessary precautions, the spatula can transmit toxic bacteria from raw meat to cooked meat.

So how should you use your spatula in a safe way when cooking raw meat?  The basic rule is that once the spatula touched the raw meat, that same unwashed spatula should NOT be touching cooked meat.  Use another clean spatula to handle the meat that’s been cooked.  Same logic applies to using spatulas to handle raw fish.

If you are cooking large pieces of meat, the spatula is used to perform 2 tasks – the first task is to flip the pieces, and the second task is to remove the cooked pieces from a frying pan.  For those 2 tasks, you need separate spatulas.  The spatula that flips the meat comes in contact with raw meat.  Even though the bottom of the meat is cooked, when you use the spatula to flip the pieces, it touches the uncooked sides of the meat, and some raw meat juices also spill onto the spatula in the flipping process.  After the meat is cooked on both sides, all the bacteria on the meat is killed, and you should use a clean spatula to remove the cooked meat from the frying pan.  Using the same spatula as you used for flipping would trasfer the bacteria from raw meat back to the cooked meat.

If you are cooking a stir-fry-sized pieces of meat, use the same logic as with the ground meat – change the spatula after the meat looks cooked.  The stir it again several times with a clean spatula.

Dinner made easy! Get new recipes delivered FREE in your Inbox:
How To Make Baked Turkey Legs 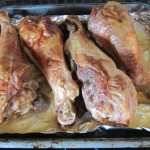 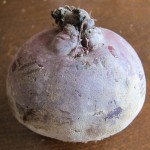 How To Store Beets
Scroll to top