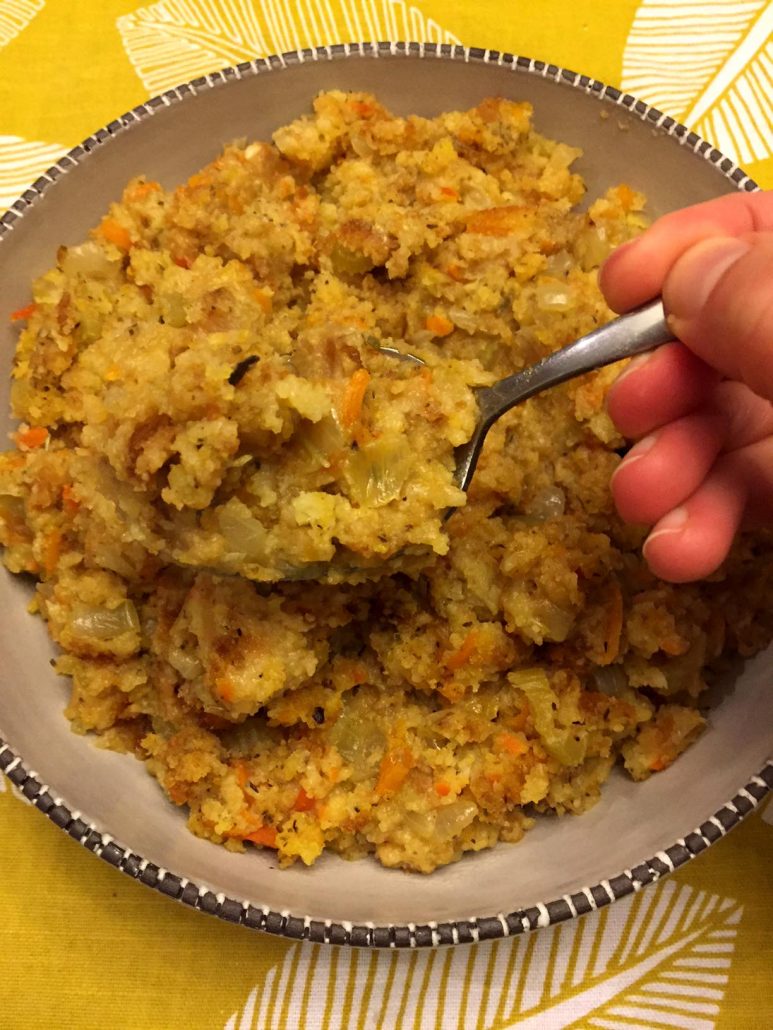 You just won’t be able to stop eating this mouthwatering cornbread dressing.  Spoon after spoon after spoon of it goes in the mouth, until there is no more stuffing left.  It’s always like that.  Yes it is!

Fresh cornbread crumbs are combined with butter-cooked onions, celery, garlic and carrots, seasoned with Italian herbs, mixed with the chicken broth in a baking dish and baked to perfection.   This cornbread stuffing smells amazing, tastes mouthwatering and there is just something so addictive about it, I just can’t put my finger on it!  This is my go-to stuffing for every Thanksgiving, to go along my famous Thanksgiving turkey in a brown paper bag :) 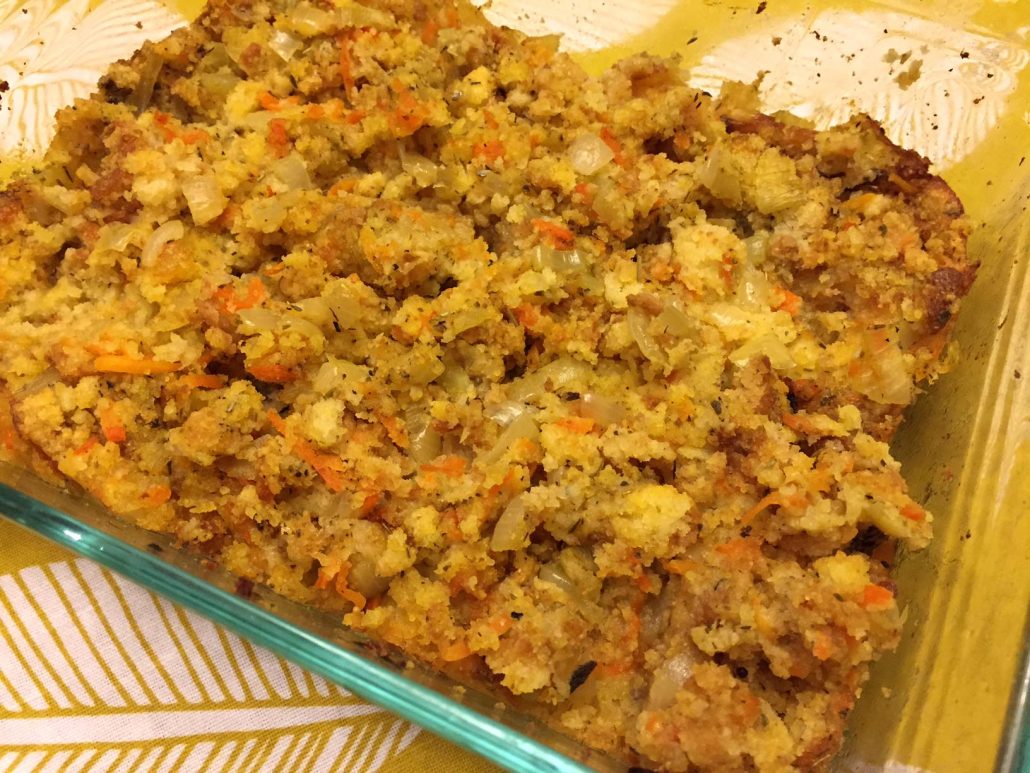 For this cornbread dressing, you can use either homemade or store-bought cornbread.  If you want to make cornbread from scratch, I have amazing easy cornbread recipe you can follow!

I always make this cornbread stuffing in a baking dish, baked outside of the bird.  If you want to bake it inside the bird, it will certainly work too! 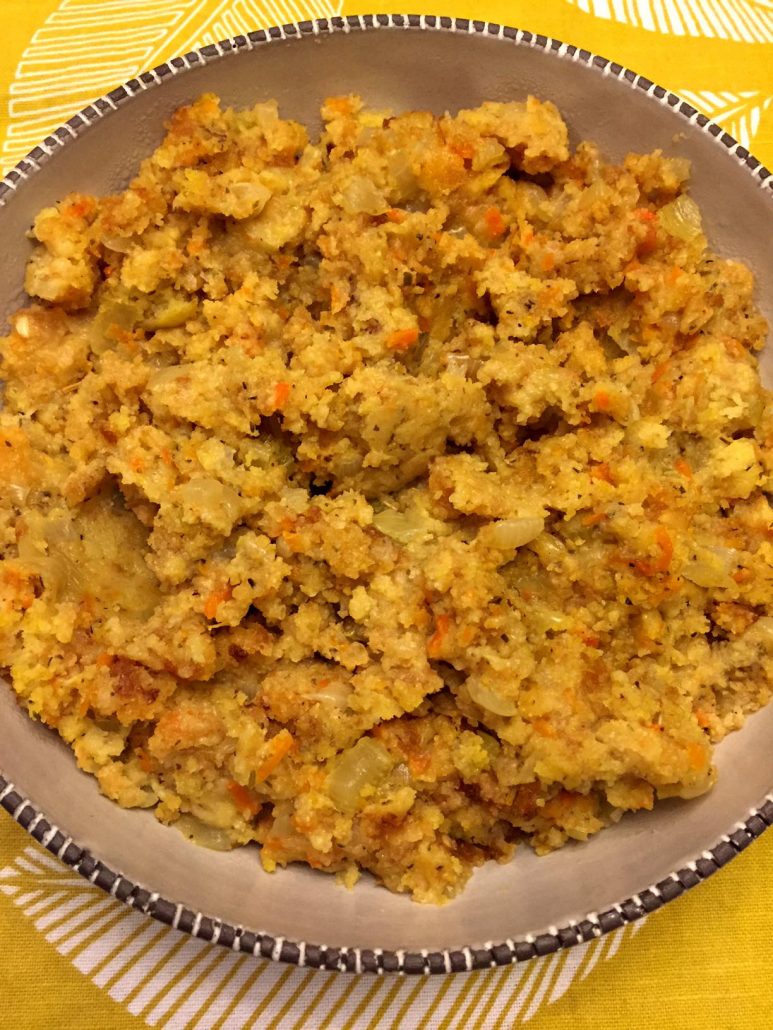 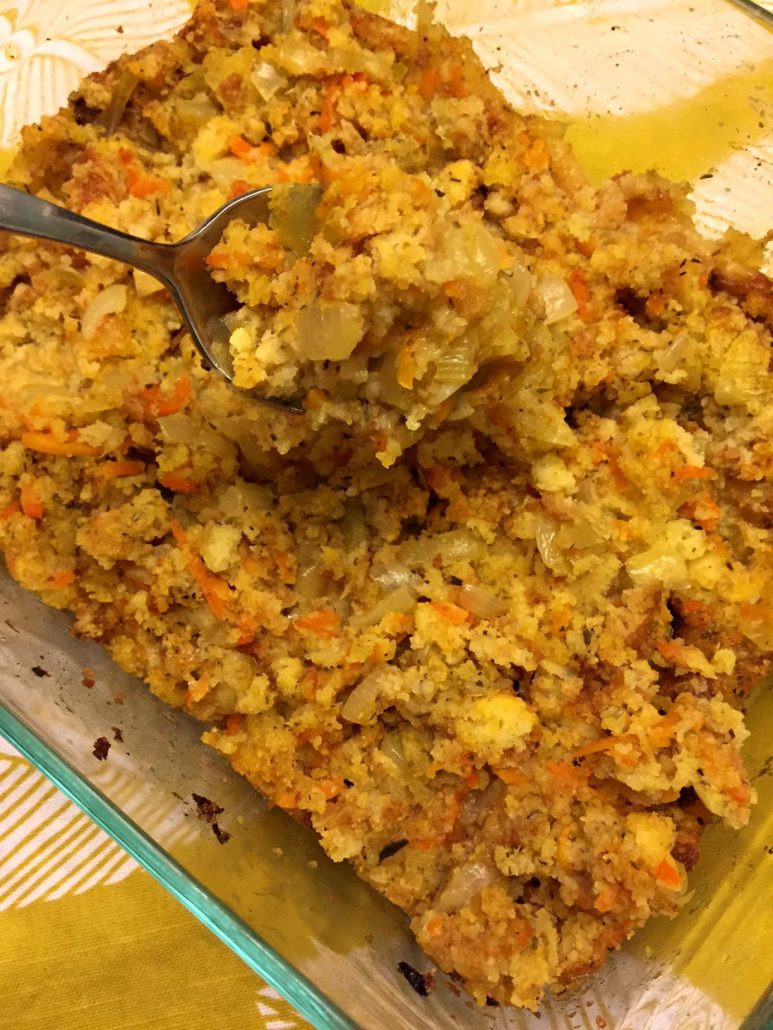 This cornbread stuffing is extremely easy to make, even the most inexperienced cooks can follow this simple recipe!  The easy instructions below break down the stuffing-making process into very easy-to-follow steps.

How To Make Cornbread Stuffing Step By Step

Crumble the cornbread with your hands.  Don’t worry about lack of uniform crumb size :)  The cornbread crumble should look something like this: 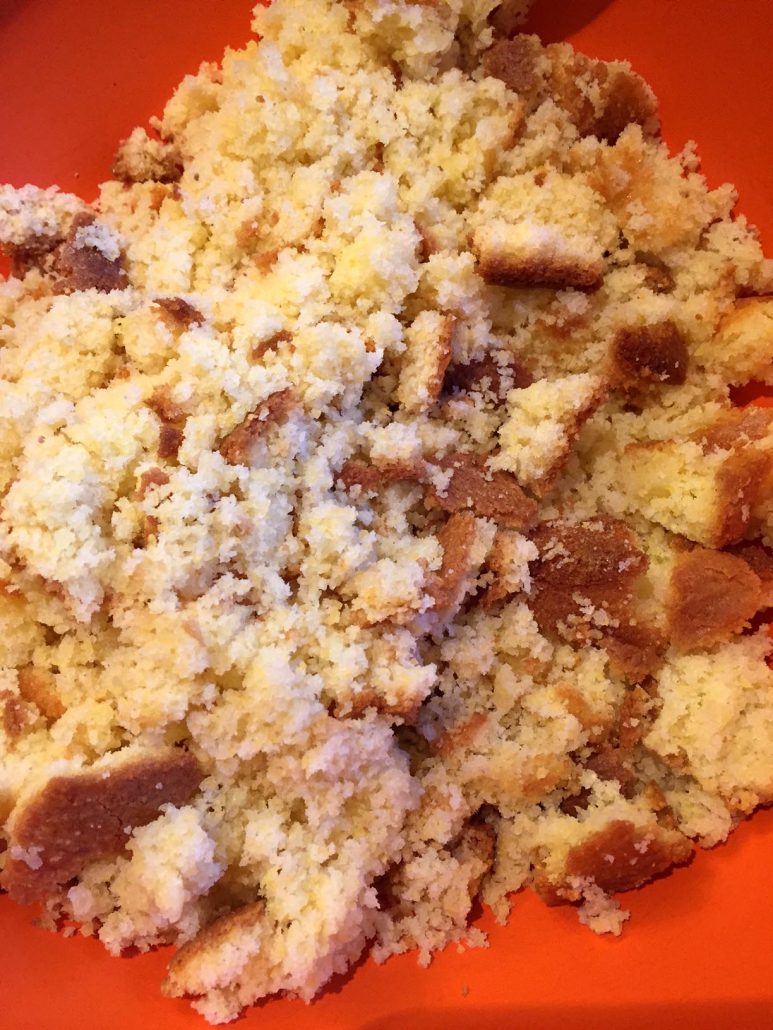 Melt the butter in a frying pan or pot, add chopped onions, celery, carrots and garlic and cook, covered, for 15 minutes, until they are soft. 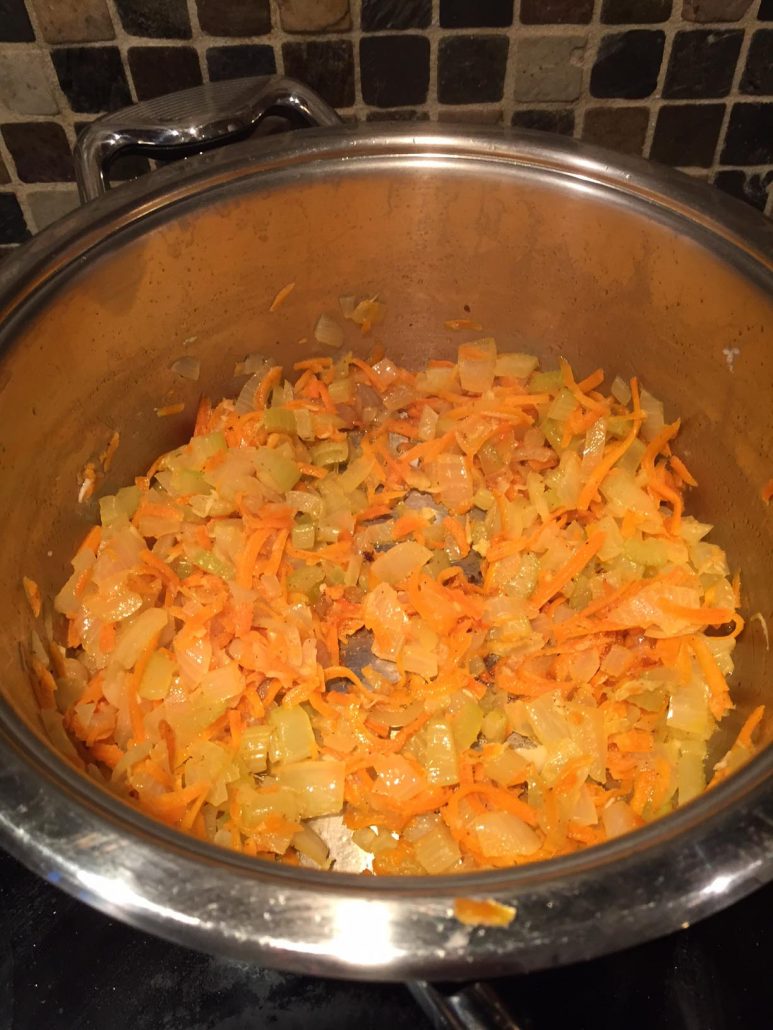 Step 3: Mix Ingredients For The Stuffing 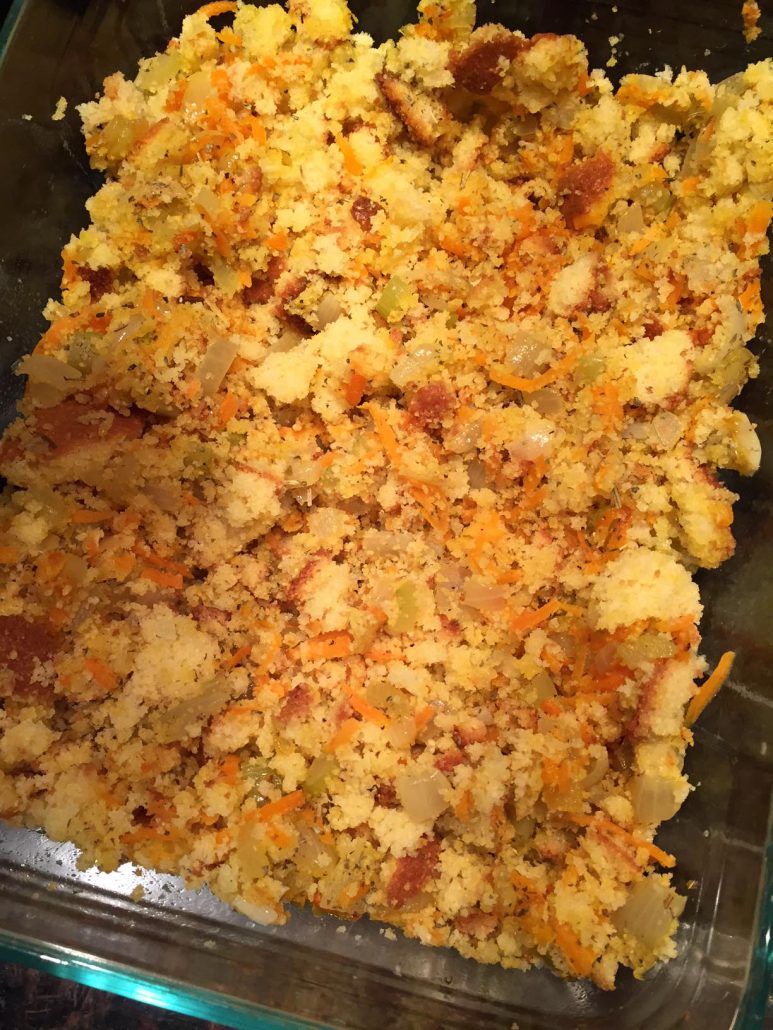 When ready to bake, smooth the top with the back of the spoon: 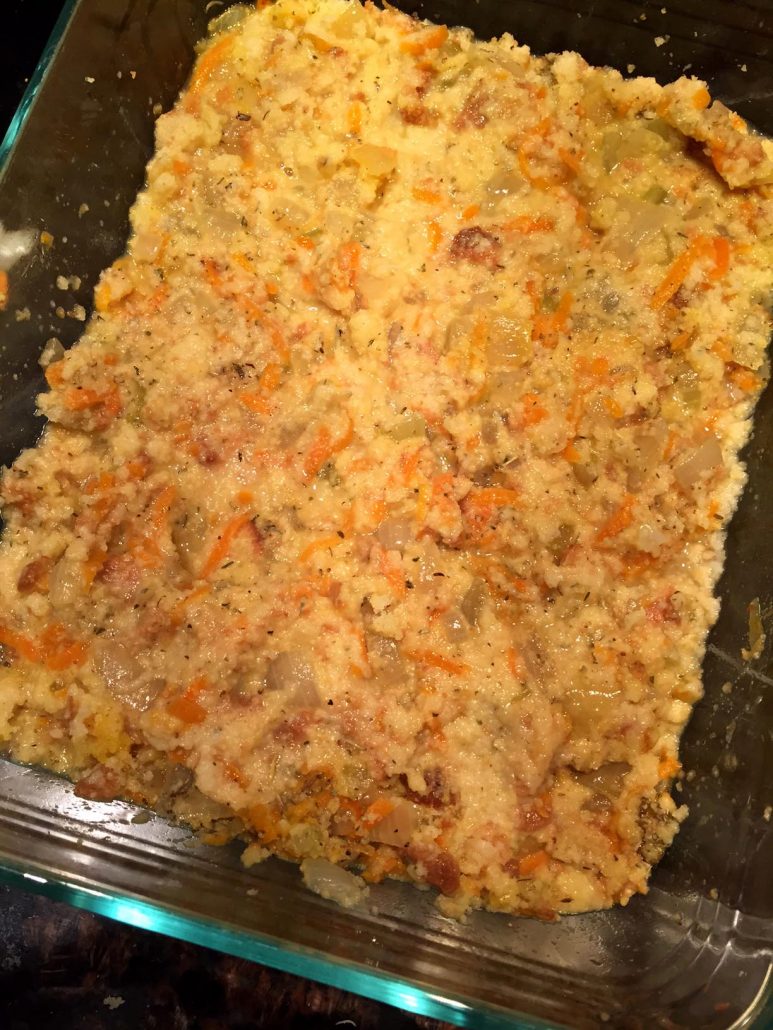 Put the cornbread stuffing in a pre-heated 375F oven and bake for 35 minutes. 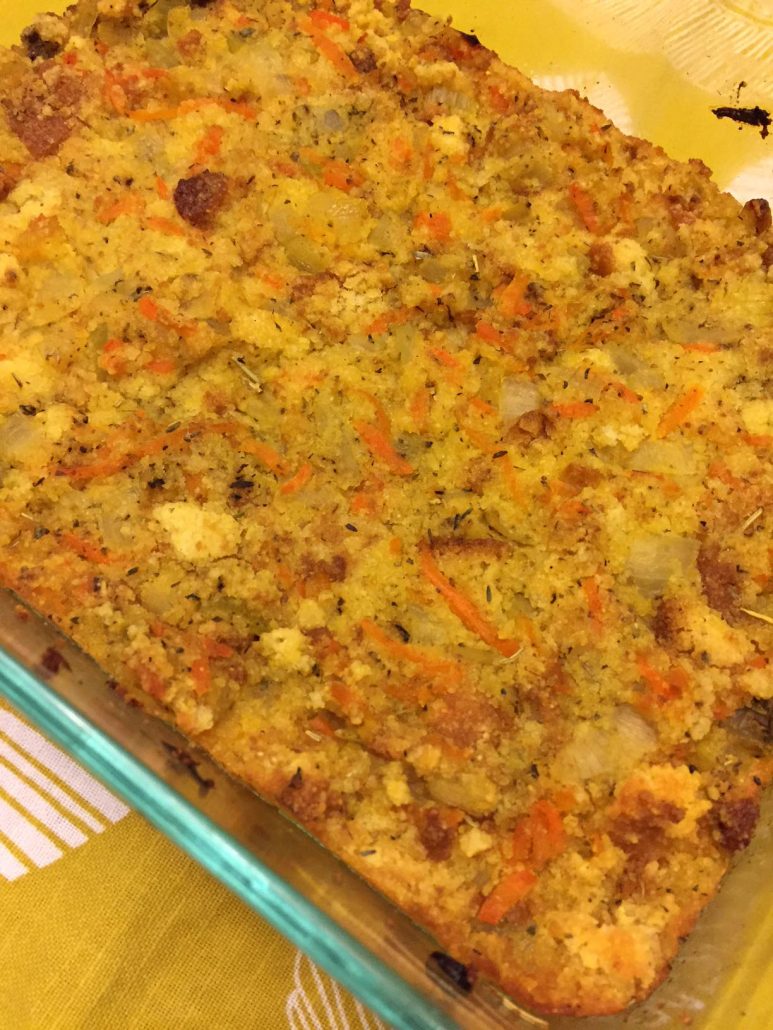 Remove from the oven, fluff with a fork and serve!

Print
Prep time
15 mins
Cook time
35 mins
Total time
50 mins
This is the best cornbread stuffing recipe ever! Super easy to make and so delicious, you'll never make your cornbread dressing any other way!
Author: MelanieCooks.com
Recipe type: Side Dish
Cuisine: American
Serves: 10 servings
Ingredients
Instructions
Notes
This cornbread stuffing can be made ahead and re-heated in the oven or microwave before serving.
3.5.3208 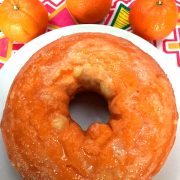 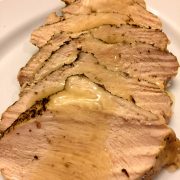 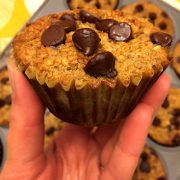 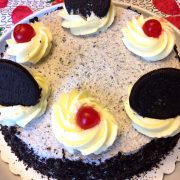 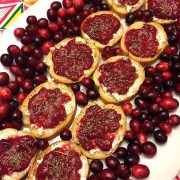 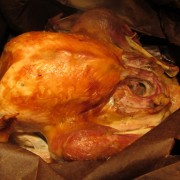 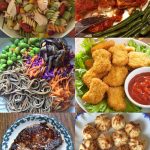 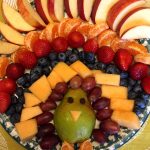